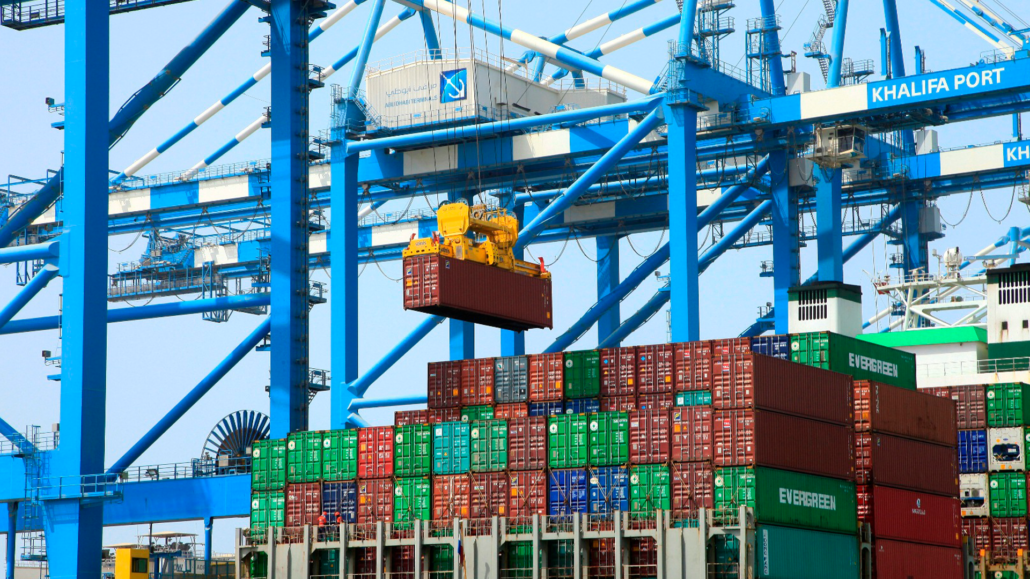 CERTUS Port Automation has been selected to deliver the Automated Gate Solution as well as the Crane OCR solution for the STS Cranes to be delivered at the terminal’s extension of Abu Dhabi Terminal located at Khalifa Port, UAE. A total of 10 STS Crane OCR systems will be delivered as well as 6 new Gate OCR portals accompanied by 8 new gate lanes. The latest CERTUS Gate Operating System will integrate with the TOS to assure the hand-off procedure at over 200 truck transfer points.

“I am extremely proud of this award as it proves that our equipment is performing well in harsh environments like the one in which Khalifa Port operates. It also shows the customer is satisfied with the performance of our systems over the past 6 years”, says Dave Walraven, Chief Commercial Officer. “Abu Dhabi Terminal was the first to adopt Crane OCR technology in the region. Continuing with Crane OCR, confirms such systems contribute to the terminal’s operational goals.” he continues.

The latest CERTUS kiosk design optimizes gate operations. The new kiosk design enables simplified and modular service with an improved intuitive visual user interface for the driver. Over the last several years, all of CERTUS OCR engines, including Gate, STS Crane, Rail as well as Yard Cranes, have been moved to deep learning algorithm engines, assuring even higher recognition rates and making additional features available. In combination with the latest camera technology, higher productivity is achieved by means of accurate data capturing and automated gate inspections.

CERTUS is the world leader in automatic container identification through its image capturing and deep learning recognition engines. In over a decade of development, CERTUS has delivered OCR systems to over 50 sites, in over 25 countries on 4 continents. CERTUS OCR systems are in operation today at over one-third of the world’s largest 30 container ports. CERTUS Port Automation is the industry market leader in OCR for ship-to-shore cranes, truck processing and yard cranes. A pioneer in the container handling industry, CERTUS is focused on increasing the productivity of its customers through enhanced data accuracy, CERTUS industry-leading OCR engines and various port productivity applications as part of this continued effort.

Rietlanden 3
3361 AN Sliedrecht
The Netherlands

We are available 24/7. Visit our dedicated support page.

Blog: 3 Things to consider on Gate Automation
Scroll to top
We use cookies on our website to give you the most relevant experience by remembering your preferences and repeat visits. By clicking “Accept All”, you consent to the use of ALL the cookies. However, you may visit "Cookie Settings" to provide a controlled consent.
Cookie SettingsAccept All
Manage consent

This website uses cookies to improve your experience while you navigate through the website. Out of these, the cookies that are categorized as necessary are stored on your browser as they are essential for the working of basic functionalities of the website. We also use third-party cookies that help us analyze and understand how you use this website. These cookies will be stored in your browser only with your consent. You also have the option to opt-out of these cookies. But opting out of some of these cookies may affect your browsing experience.
Necessary Always Enabled
Necessary cookies are absolutely essential for the website to function properly. These cookies ensure basic functionalities and security features of the website, anonymously.
Functional
Functional cookies help to perform certain functionalities like sharing the content of the website on social media platforms, collect feedbacks, and other third-party features.
Performance
Performance cookies are used to understand and analyze the key performance indexes of the website which helps in delivering a better user experience for the visitors.
Analytics
Analytical cookies are used to understand how visitors interact with the website. These cookies help provide information on metrics the number of visitors, bounce rate, traffic source, etc.
Advertisement
Advertisement cookies are used to provide visitors with relevant ads and marketing campaigns. These cookies track visitors across websites and collect information to provide customized ads.
Others
Other uncategorized cookies are those that are being analyzed and have not been classified into a category as yet.
SAVE & ACCEPT